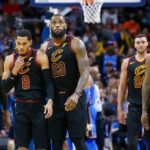 Even as the defending Eastern Conference champions, and the team with the best player in the league, nobody thought that the Cleveland Cavaliers would simply roll through the Indiana Pacers in the first round of the NBA’s Eastern Conference Playoffs. After all, the Pacers won 48 games this year, which was only two fewer than
Read More 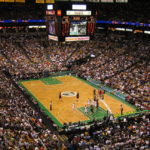 With the first round of the 2018 NBA Playoffs nearing the end and New Orleans beating Portland in four straight to advance, the time to buy playoff tickets is now as the race is really starting to heat up. You can still purchase playoff tickets for the second round and beyond to follow your favorite
Read More 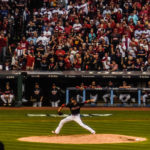 It may seem amazing, but many consider the 2017 season to be a disappointment for the Cleveland Indians despite winning 102 games and having a remarkable 22-game win streak which became the envy of the league. However, the New York Yankees managed to overcome the Indians during a best-of-5 Division Series which kept them away
Read More

March Madness is finally here and we have all the tickets you need to satisfy your madness. However, not everyone may know about March Madness and its rich history. In the spirit of this momentous occasion, we have answers to all your questions about March Madness–and get you in the mood for it along the
Read More